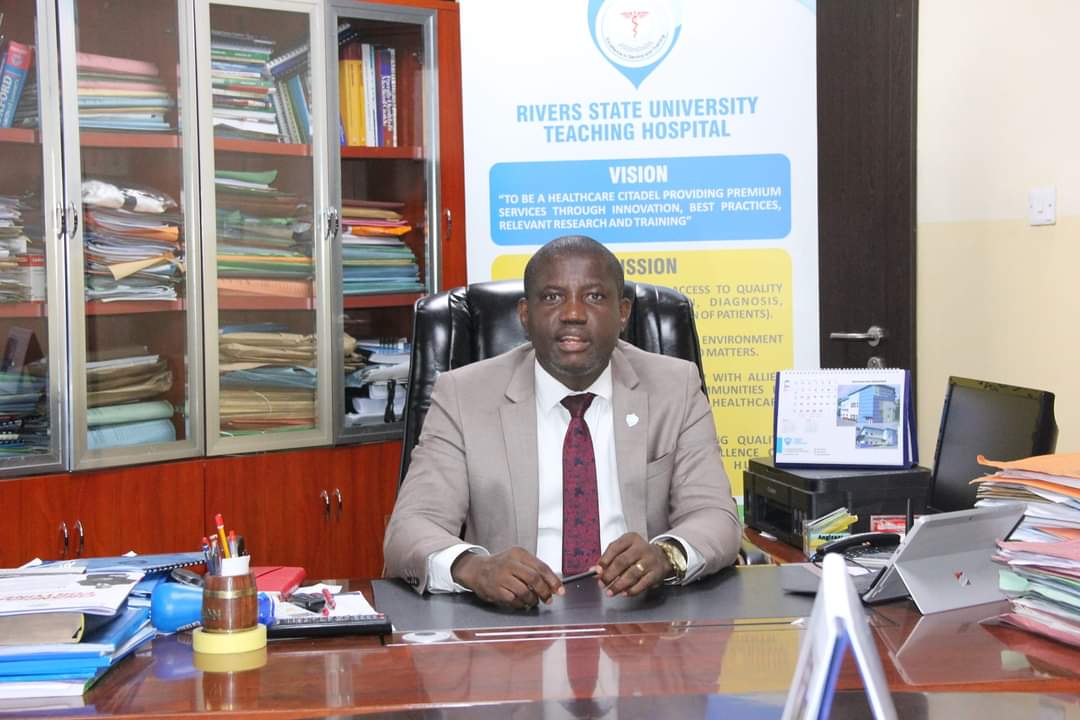 Making the call in an exclusive interview, the Chief Medical Director (CMD) of the hospital, Dr. Friday E. Aaron, said individuals, groups, organizations, and companies can identify with the hospital by executing key projects to support the lot the State Government has done, and still doing in the hospital.

“We also need partnership with our public: Nigeria Liquified Natural Gas (NLNG) is giving us an Infectious Disease Unit. Nothing stops any son of Rivers State from saying ‘Government has done that, I will do this for the hospital’. That’s how it should be done”, he said.

He stated further that such projects, when completed, could be named after the donors in appreciation and to honour them.

The CMD noted that since the State Governor, Nyesom Wike, transformed the Braithwaithe Memorial Specialist Hospital (BMSH) four years ago to RSUTH, he has ensured that the transformation was all encompassing in terms of infrastructure, equipment, and manpower.

This, he explained, is to the extent that RSUTH has been able to achieve what he called the “Key Tripods of a Teaching Hospital”.

They are: rendering medical services; training medical personnel; and engaging in researches.

Towards this end, he said, the State Government has set the pace by providing some vital equipment that have placed RSUTH in the top spot as a referral hospital from both within and outside the State.

The Governor, he continued, has not stopped at the current upgrade of the hospital:
“Today, we have a Renal Centre that is ready for commissioning by His Excellency, built and funded by His Excellency”, he said.

The implication of this facility, which is equipped with Dialysis Machine, is that when it becomes functional, such treatment as kidney transplant, and other related illnesses for which Rivers people and Nigerians have been going abroad to access treatment, can be treated in RSUTH, according to the CMD.

Noting that government alone cannot provide everything for the hospital, he urged well-meaning Rivers people and Nigerians at large to contribute their quota to the sustenance of the RSUTH.