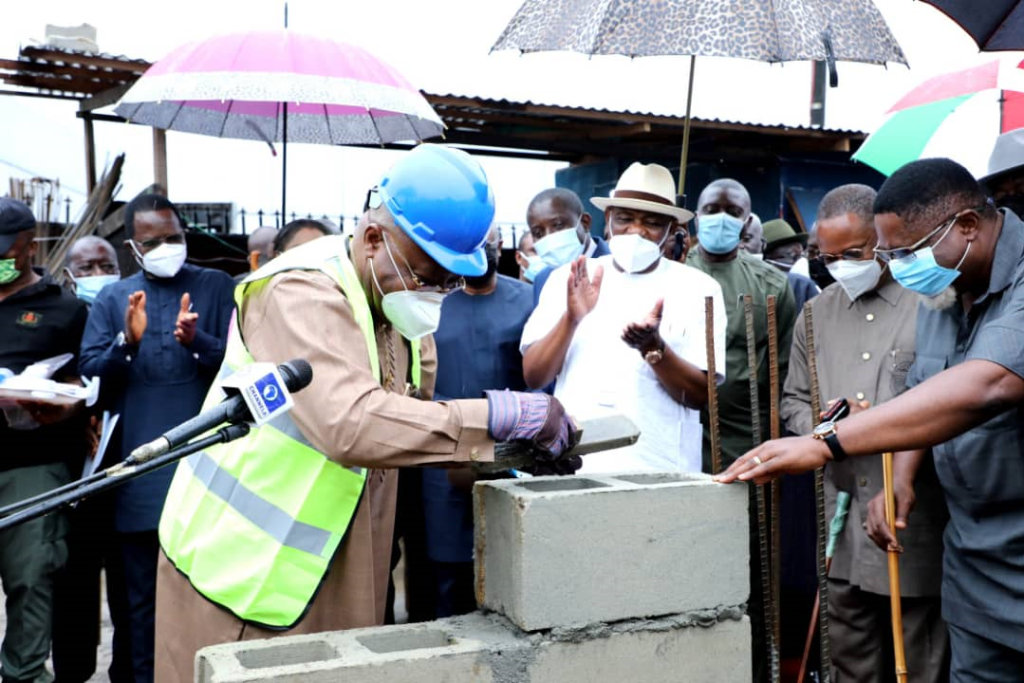 He made the explanation at the foundation laying ceremony for the construction of a Renal Centre at RSUTH on Friday 11th June, 2021.

The governor said he made a promise to the Rivers people that the best will be provided to them in all sectors of the society within his capability because of the mandate they gave to him.

“If you look at the budget, the health sector alone, what it’s taking from the Rivers state government is not less than 40 per cent of the 2021 budget.”

While dismissing the request for a subvention for RSUTH, Wike commended the Chief Medical Director and his team for their commitment to turn around the fortunes of RSUTH.

“I have never seen anywhere that health services can be totally free. They’re telling me that people who come here can’t pay. I have never declared that this state is going to take over the health fees of anybody.”

Former Minister of Transportation, Dr Abiye Sekibo, who performed the flag-off, noted that Governor Wike’s achievements in the health sector, in particular, surpass what former Governors of the state had done.

Dr Sekibo said that Governor Wike has given equal attention to every section of the health sector by providing complete health infrastructure that is positioning the state as a medical tourism destination in Nigeria.

Earlier, the Rivers State Commissioner for Health, Professor Princewill Chike lauded Governor Nyesom Ezenwo Wike for his interest in the health of the Rivers people.

He noted that the Renal Centre when completed, will become another landmark developmental project in the health sector that will handle and manage all kidney-related ailments.

Aaron explained that chronic kidney disease is a major burden globally with an estimated 14 million cases in Nigeria. According to him, over 240,000 of these cases require renal replacement therapy in the form of dialysis and renal transplant.

He further explained that the first floor of the centre will house the surgical component where most of the sophisticated equipment for kidney transplant will be installed.

Aaron said Governor Wike has released the funds required to build, equip the centre as well as for the training of personnel locally and internationally.